Joint Search and Rescue Exercise of AFAD, JAK and PAK

According to the scenario of the exercise staged in the Ankara AFAD headquarter training field, teams carried out search and rescue activities in the debris of a building which was assumed to have collapsed as a result of earthquake 7.6 in the Richter scale that took place between Bolu’s Gerede and Çankırı’s Çerkes provinces.

With the beginning of exercise, AFAD, JAK and PAK team leaders at first entered the coordination truck and presented manifests including the number of personnel, vehicle and equipment that will used during the search and rescue activities.

Then, teams arrived in the devastated area. Some members of the team started search and rescue while some other members put up tents for shelter and preoared to meet the nutrition needs of victims.

Firstly, teams checked in order to see if there is any gas leak in the building. They helped injured victims who were trapped in the highest floor of the building by using ropes. AFAD teams staged narrow and vertical search practices.

JAK teams carried out physical search under the debris of a hospital. After finding out there was no injured victim in the area, detection dogs searched the building. Dogs who detected an injured survivor barked in order to alarm teams.

PAK teams also carried out physical search by using detection dogs in a dormitory which had supposedly collapsed during an earthquake. They used the tunnel technique for rescuing injured victims.

Different teams used to same language in the same environment in line with the local and national search and rescue plans during the exercise.

The exercise aimed at helping to develop management knowledge and skills of teams as well as joint work culture, field management procedures, reporting and security procedures.

The exercise that continued until the morning was the first exercise participated by PAK teams which was founded as an affiliate to the Police Department.

Meanwhile,  JAK Captain Yusuf Mataracı stressed that AFAD, JAK and PAK staged a joint exercise for the first time adding that, “such exercises allow us to observe our common force and help us to maintain coordination among teams.”

PAK Unit Chief Commissioner Ümit Can Erol said that police who volunteered to be a member of PAK received training and they had the opportunity to display our abilities that we attained as a part of the training programs.

Meanwhile, member of PAK Ayşe Yurt Şen stated that PAK is a newly founded unit of the Police Department and they received a series of training programs. 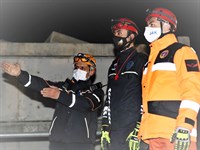 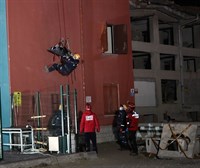 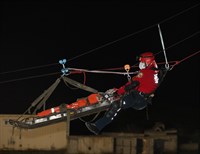 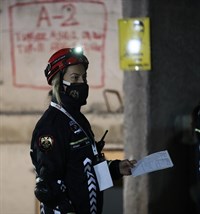 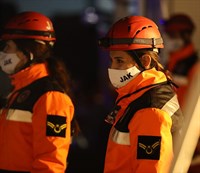