Cooperation Between AFAD and HAVELSAN During the Disaster Training Year

Cooperation agreements as a part of the 2021 Disaster Training Year for Turkey continue to provide an opportunity to reach out to the different parts of the society. The protocol signed between the Disaster and Emergency Management Authority (AFAD) and HAVELSAN on February 15, 2021 foresees the training of disaster awareness trainers in HAVELSAN and giving disaster awareness training to HAVELSAN and its stakeholder company’s personnel.

Acting Head of AFAD Hamza Taşdelen and HAVELSAN General Manger as well as other officials were present at the protocol ceremony organized at the AFAD Headquarters.

Taşdelen pointed out during his speech at the ceremony that 2021 was declared as the “Disaster Training Year”. Noting that AFAD has been carrying out training programs since 2012 as a part of “Disaster Prepared Turkey Project”, Taşdelen said that AFAD is aiming at carrying out a training campaign that will cover all parts of the society.

Meanwhile, HAVELSAN General Manager Mehmet Akif Nacar stated that the company is honored to be among the first corporate establishments that extended support to the campaign.

Nacar thanked AFAD for the training support adding that, “It is possible to take these training programs to a next level. As a software engineering based company, we may be involved in the development of new applications for cell phones and other communication applications.”

AFAD continues to cooperate with related institutions and agencies in order to increase the impact of disaster awareness projects as a part of the 2021 Disaster Training Year for Turkey. The “Cooperation Protocol for Disaster Awareness Training” signed between AFAD and HAVELSAN will provide training of trainers from the defense industry sector. In addition to disaster awareness training for HAVELSAN personnel, the Protocol foresees training programs for the personnel of HAVELSAN’s stakeholders. The protocol will also offer distance and face to face training about AFAD Volunteering System, civil defense and workplace emergency plans.

HAVELSAN will organize the training programs 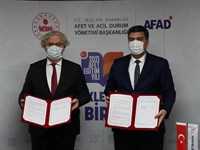 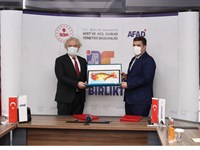 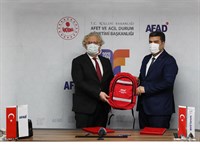